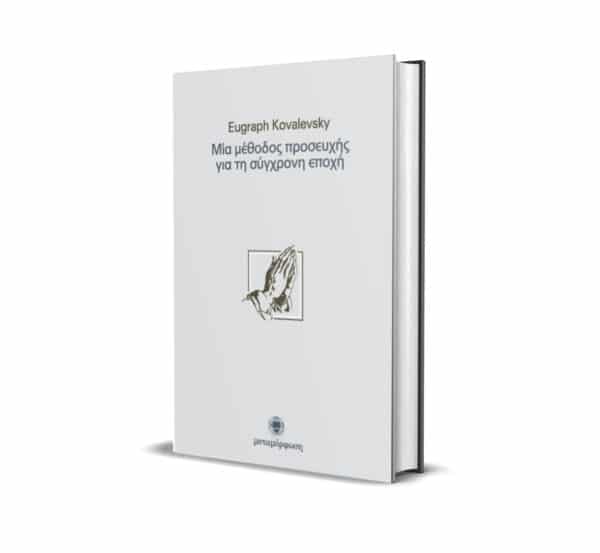 A Method of Prayer for Modern Times

How can modern man live a life of prayer? In this book, Eugraph Kovalevsky, founder of the French Orthodox Church, deals directly with the problems of prayer in today’s world.

He describes different techniques by which modern man can hope to touch on the highest levels of prayer, beginning in the foothills of verbal prayer and ending in the high peaks of what the Eastern Church, using the words of Saint Paul, calls “unceasing prayer”.

The book includes practical exercises in self-study, a deep and telling analysis of the Lord’s Prayer and commentaries on the Lord’s Prayer from the early fathers, Origen, St. Cyprien of Carthage, St. Cyril of Jerusalem and St. Hippolyte of Rome.