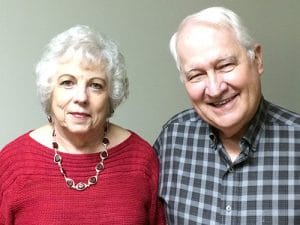 Michael Duffy and his wife, D’Neil, have been involved in Montessori Education for 35 years, since their daughter entered a New York Montessori School at age 2 1/2. D’Neil, who became certified at the 3-6 age level through Association Montessori Internationale and the 6-12 age level through the American Montessori Society, founded the Blackstock Montessori School in Villa Rica, GA., in 1979. Michael, who had been a journalist by profession, got AMS certification at the 6-12 age level and joined the Blackstock faculty in 1989, teaching in the lower, then upper elementary classes.

Both became trainers in the elementary teacher training program at CMTE/NY, an American Montessori Society-affiliated program, and they have trained teachers in New York, Phoenix, Boston, Toronto, Vancouver, and Puerto Rico with CMTE/NY and other training centers, including their latest venture with the Montessori Elementary Teacher Training Collaborative (METTC), which offers elementary training in Lexington, MA.

The Duffys have also given workshops at national and international Montessori conferences and their work has been published in Montessori magazines.They have authored three books on Montessori education: “Children of the Universe: Cosmic Education in the Montessori Elementary Classroom, ” “Math Works: Montessori Math and the Developing Brain, ” and, most recently, “Love of Learning: Supporting Intrinsic Motivation in Montessori Students, ” all published through Parent Child Press (now operated by Montessori Services). In addition to their Montessori credentials, both have masters degrees in education, D’Neil with a specialty in Guidance and Counseling, and Michael with a specialty in Media Education. They retired from Blackstock in 2001 to devote more of their time to teacher training, writing and educational consulting, and they have moved to the mountains of Virginia to be within a day’s drive of all four of their grand-children.